Get fresh music recommendations delivered to your inbox every Friday.
We've updated our Terms of Use. You can review the changes here.

by One Hundred Poems From The Japanese 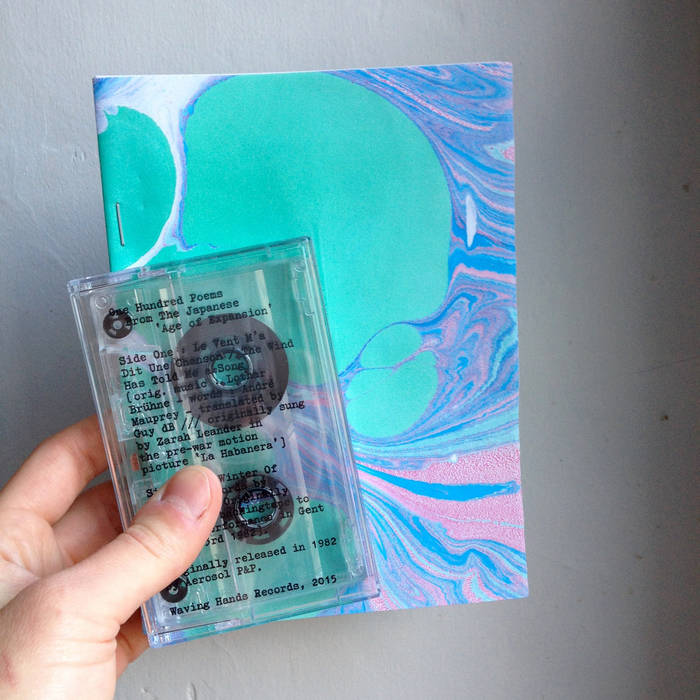 Originally released in 1982, 'Age Of Expansion' is a splendid piece of experimental electronic music with a strong poetic dimension.

Between non-music, tape collage, art performance and spoken word, One Hundred Poems From The Japanese was a transmedia project invoking litterature, cinema as well as fine art. It was led by Guy De Bièvre, a Belgian artist and performer. He released several tapes in the early 80s and was also involved in the experimental Belgian scene of the time.

Side A is a cover version of 'Le Vent M'a Dit Une Chanson', a classic tango sung by Zarah Leander in 1937 for the german movie "La Habanera", directed by Douglas Sirk. Then of course, this cover has little to do with habanera music... Let's just point out that the movie was made in by UFA studios, part of the Goebbels nazi propaganda machine, and so film content was essentially controlled by Goebbels and his Ministry of Propaganda...

Side B features 'Winter Of Artifice", a repetitive and hypnotic track conducted by De Bièvre's exhalted voice, reciting an extract of"Winter Of Artifice", by Anaïs Nin (1939). Text can be found in the marbled booklet, in both english and french versions.

Bandcamp Daily  your guide to the world of Bandcamp

Mille Petrozza stops by to talk about the new Kreator album, plus music by Trauma Bond